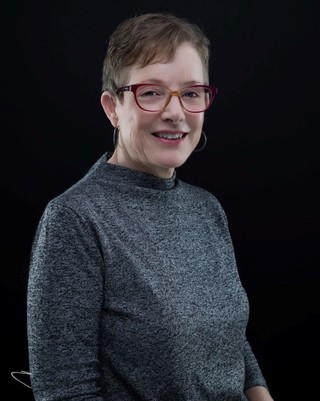 The Rest of the Story

Image of sycamore tree by JamesDeMers from Pixabay

I wrote all my life. When I was eleven, my mother's best friend predicted a life of depression because of my penchant for writing. I'd composed an essay steeped in angst, pondering why humans existed if our only purpose was to produce more humans.

In junior high, an English teacher chose two of my poems to include in the school's literary anthology, after asking me to revise one. She cautioned that I couldn't use a word solely because that word sounded melodious. Its meaning had to fit, too. Thanks, Mrs. Merriman! Because of you, I learned the power of revision early in my career. Those poems proved to be so humiliating when I read them later that I have steered clear of writing poetry ever since, to the world's benefit.

In high school, I was surprised when my advanced English teacher asked me to wait after class. She wanted me to sign up for UIL ready-writing contests. Thanks, Janet MacDonald, for priming me to think I might be suited for writing although it took me another seventeen years to act on your faith in me.

I didn't think writing was going to be my career. Only exalted beings tapped on the shoulder by God and anointed as writers got to be writers. I grew up in a refinery town, a nerdy girl uncommonly good in mathematics and sciences. At that time, teachers, scholarship givers and colleges recruited girls good in those subjects. Always an accommodating sort, that's the direction I headed, dutifully signing up as a physics major and earning the expected grades, courtesy of my father's mathematical aptitude, passed on to me.

I loved it, and I kept dropping out of college. I was too introspective to be a teacher, I knew. My college advisor scared me when he reported that he had talked to companies about me, and they were interested. Those companies' employees worked in groups to realize fantastic new technological dreams. I hated working in groups. Didn't you?

I wanted children, and I wanted to spend time with them. After my daughters were born, I became a La Leche League leader and learned to speak in public, even on television! I learned to advocate for children, not just my own. I worked my way up the organizational ladder and was soon pulling together regional conferences for the groups I oversaw.

At thirty-five, when my youngest daughter began kindergarten, I decided that if I were ever going to be a writer, I'd better get started. I gave myself a two-year limit. Writing was an expensive endeavor. Printing up manuscripts on watermarked 100% cotton paper and paying postage for manuscripts to be mailed out and returned to me stretched our budget. If I hadn't sold anything by my self-imposed deadline, I would go back and finish my degree in physics.

I began writing in a second-story office in a house set on a rolling hill. Its clerestory windows looked over the tops of the pines and hardwoods that surrounded our house so thickly that the house couldn't be seen from the street during the summer. When I looked up from my computer after working on a particularly thorny passage, I saw the tops of trees tossed by the wind through those clerestory windows. I often wonder if I would have kept going if I had started writing any place else.

I eventually finished my degree, graduating from the University of Houston with a degree in English with a concentration in creative writing. I had already sold my first two books by my graduation. Due to the university's nationally acclaimed masters and PhD programs in creative writing, the university brought in well-known visiting professors who taught a seminar course or two to undergrads, too. I was lucky enough to snag a seminar with Alan Cheuse, who exhorted me to write as much as possible since I was an older student. Writers produced their best work when still young, he advised. Cheuse himself was to produce wonderful work as he grew older.

Now, I'm older, too. I'm excited to be engaged in final edits before submission of a  book that I couldn't have written any sooner. The YA novels all used the vehicle of a thriller to talk about taking responsibility for achieving one's dreams. However, the conundrum of how seemingly generous and kind people could also treat others with disdain and even violence had always absorbed me. Was the kind side the true side or was it only a veneer? That conundrum still absorbs me. When writing Sycamore Dawn, I felt ready to tackle that issue.

My husband and I live in a small town in Texas. We have two daughters and five grandchildren. I hope to create a book that makes my grandchildren proud.